Home
Cloud
[Infoworld] The second cloud wave is upon us, ready or not
Tweet

Enterprise cloud workloads should hit the 10 percent mark in 2018, and we’ll need new management and governance tools to make it all work 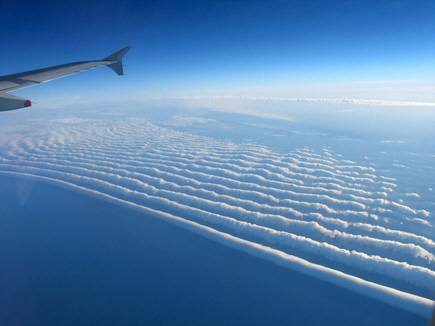 I often get asked about the next generation of cloud technology — and most people are disappointed with my answer. The next wave of cloud computing tech is not about a cloud at all; it’s about cloud governance and management. We’ve spent the last 10 years building clouds and moving applications to them. In the United States, about 5 percent of IT workloads now run in the cloud, but that figure will double to 10 percent quickly — by 2018.

That means we’re approaching a tipping point for moving to cloud, where traditional management and governance approaches won’t work with the number of applications and data stores in the cloud. I think that tipping point is at about 10 percent.

Moreover, most enterprises are deploying not only one type and brand of cloud (a multicloud approach), which adds further complexity — so governance and management become even more important.

The governance and management technologies come in different forms, including API management, service governance, cloud management platforms, and monitoring. Some come from established providers, some from new providers. Some are part of mainstream clouds like those from Amazon Web Services and Microsoft, some are add-on technologies.

As the need for cloud governance and management becomes more widely understood by both IT and providers, we’ll see major cloud providers and system integrators start acquiring the smaller, more promising cloud management and governance providers. CSC’s acquisition of ServiceMesh a year ago is such an example.

We’ll also see new technologies emerge built specifically for the cloud. Enterprises should pay attention to the companies innovating in cloud governance and management — they could well be the secret sauce that let your cloud workloads scale as intended when so much is running in the cloud. In fact, I believe we’ll need new technologies to support a world where more than 10 percent of enterprise workloads have been migrated to the cloud.

Are you prepared for this second wave of the cloud?

This site uses Akismet to reduce spam. Learn how your comment data is processed.

We are the Digital, Actionable, Measurable consultancy firm. Our purpose is to add value to enterprises, channels and vendors by providing hands-on, no-risk, affordable support. This site is here to offer fresh news on market & technology trends, not to mention the great time we are having with customers!

No data to display